Ninth Seed in the Isolation Ward

GAINESVILLE, Fla. -- Coach Dan Mullen said that electric Florida receiver Kadarius Toney had returned to practice during the bye week in a non-contact jersey, but it wasn't quite clear just how up to speed Toney would be.

The Gators certainly thought he'd play Saturday in a key rivalry game against the Georgia Bulldogs, but just how healthy would he be?

"KT looks good. Today he was going crazy out there, it’s like he never left," receiver Van Jefferson said Tuesday. "It’s been great to have him back. I think he is going to be a real big factor in the game on Saturday. I love having him on the other side of me because he is a mismatch for anybody that is guarding him, so I’m glad to have him back."

Toney has played in just two games this season. He suffered a shoulder injury against UT-Martin and hasn't played since.

This after he was expected to be a much bigger contributor for the Gators this fall. All offseason coaches had talked about how far Toney had come in terms of learning the full playbook, making him more of an every-down receiver they could rely on.

If he's fully healthy, he's one more wrinkle that Georgia will absolutely have to account for. Toney's got the ability to take it the distance on any play, like he did in the season opener, taking a short receiver screen 66 yards to the house after juking one defender and stiff-arming another.

"KT is a playmaker so any time you get him the ball in space, he is going to make plays," quarterback Kyle Trask said. "I think it’s going to help our offense a lot this week just having him back as a weapon, going against a great defense like Georgia has."

Florida's offense has already been clicking just fine without Toney. The passing game is as good as it's been in a decade. And while the run game hasn't been terrific, it has shown signs of progress in recent weeks.

That's an area where Toney can help, too. He's comfortable taking jet sweeps or even taking the ball straight out of the backfield as a runner.

His acclimation over the past few days has been deliberate and intentional. But he sure looks ready to roll, according to his teammates.

"They are doing a great job of not rushing him back, just give him steps by steps," Jefferson said. "He has been acclimating well. Like I said, I don’t feel like he lost a step. He his connecting well with Kyle [Trask] and going out there and making plays, like today he is going crazy out there today, so I feel like he is going to do really well on Saturday."

I feel really good about this game. We match up pretty well. Contain their big running plays and stuck to our plan and it will be a good day.
Quote

Toney looked fast as f with a sling on his arm running down the field next to perine vs. auburn
Quote

I feel really good about this game. We match up pretty well. Contain their big running plays and stuck to our plan and it will be a good day.

At the beginning of the season, I had this game as a definite loss. But now I think we have a very good chance of winning.
Quote

yeah the key is swift. i'd be shocked if they look as bad as their last few games though
Quote

I feel optimistic. I’m not sure how to handle it.
Quote

I feel optimistic. I’m not sure how to handle it.

its really weird, isn't it? its hard to learn to trust again
Quote

I feel optimistic. I’m not sure how to handle it.

its really weird, isn't it? its hard to learn to trust again

I should have left long ago but I stayed. It’s my fault.
Quote

From your mouth to Mic's midwestern mouth.
Quote

From your mouth to Mic's midwestern ear. 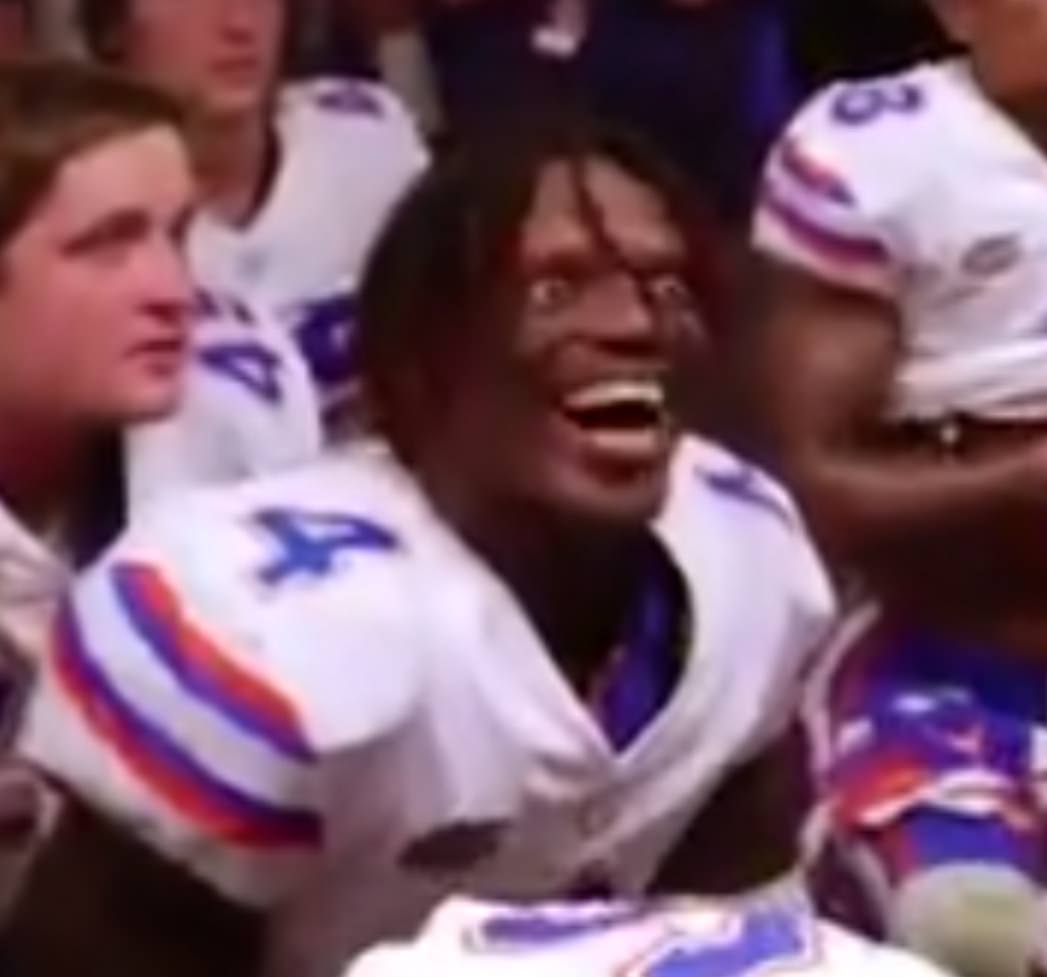